Although it is the smallest self-governing territory in the country, the Australian Capital Territory has plenty of things to see and do within its borders. Sitting halfway between Sydney and Melbourne, the ACT is home to scenic lakes, rivers and mountainous bush trails, hence it has become known as the bush capital of Australia. The ACT is also home to the nation’s capital, Canberra, which combines the quintessential Australian feel of a laid-back country town with monuments, galleries and museums that reflect Australia’s history and culture. With a cultural identity and flavour of its own there are plenty of unique events to see in the ACT, and here are a few that every visitor should experience. 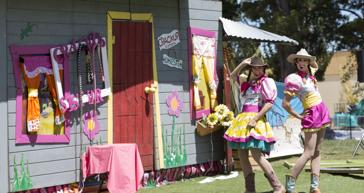 The Royal Canberra Show is an annual all-ages event staged by the Royal National Capital Agricultural Society. While primarily a celebration of agriculture, the event has grown over the years to feature rides, entertainment and exhibitions for the whole family to enjoy. Since its origins in the early years of the 20th century, the Royal Canberra Show has aimed to bring the world of agriculture to the city. The event features a number of displays and competitions featuring livestock and other agricultural items, celebrating the lives and skills of those who live in the surrounding rural areas. While still at its heart an agricultural event, the Royal Canberra Show has since grown to become something the whole family can enjoy. The event features many fun fair style rides, competitions, food stalls and workshops. 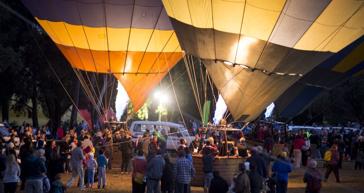 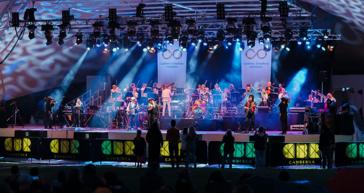 As summer turns to autumn in the nation’s capital, the city’s buildings are lit up with brightly coloured illuminations at night. The annual Enlighten festival features large scale projections on many of Canberra’s cultural icons, plus musical performances, film events and dining experiences. The Enlighten festival takes place over several nights at the start of autumn. It features colourful eye-catching projections on several of Canberra’s landmarks including Parliament House, the National Gallery of Australia and Questacon. In addition to the illuminations, Enlighten also hosts a range of after dark events and activities throughout its run. These events include musical performances, outdoor movie screenings, delicious food at the Night Noodle Markets, and a number of attractions open especially for night visitors. 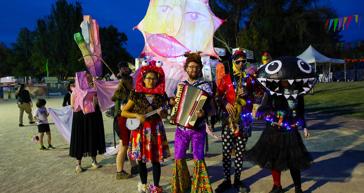 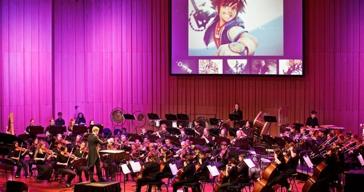 Featuring musicians from all over the world, the annual Canberra International Music Festival showcases a variety of musical performances. From classical chamber music to contemporary art and performance pieces, this event takes place over several days in some of Canberra’s most well-known locations. The Canberra International Music Festival has been running each year since 1994 and today features over 30 concerts per festival. Originally focused on the world of chamber music, today the ten-day event features a program presenting classical, contemporary and jazz music performances. In addition to concerts the Canberra International Music Festival also features dance, visual arts, lectures and masterclasses. The event uses several of Canberra’s landmarks with exceptional acoustic qualities to showcase these performances. The festival also offers an opportunity to see the premiere of new works as well as the country’s new and emerging talent. 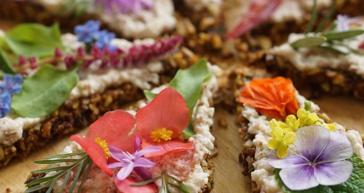 As Australia enters spring, the city of Canberra comes alive with the colour of over a million flowers of different varieties. Floriade is an annual spring event that features unique floral displays arranged over 100 sites throughout Canberra and combined with unique sculptures and art installations. Floriade is a vibrant spring event that attracts both Australian and international tourists to the gardens of Canberra. Inspired by the giant Keukenhof flower garden in the Netherlands, the festival features colourful plants from across Australia and all over the world. Being the largest flower festival in the Southern Hemisphere, Floriade has become the most popular annual event in the Australian Capital Territory. In addition to floral displays and art installations there are a wide range of live events including music, food and recreational activities. In addition, there is a ticketed addition called Floriade NightFest featuring live performances, movies and lighting displays.

Canberra has a number of seasonal festivals that make a visit to the capital memorable at any time of the year. Spring brings Floriade in September, celebrating the blooming of Canberra’s many gardens and flowers including unique floral displays, activities, markets and live performances. For summer there is the annual Summernats, a huge four-day motoring event in January that attracts car enthusiasts from around the country. The Enlighten Festival in March is Canberra’s annual autumn celebration featuring illuminated buildings, live music, and art displays. Finally, winter sees The Truffle Festival from June through August, where you can join in as trained dogs sniff out prized truffles, after which you can enjoy a range of delicious truffle-infused delicacies.

Since 1996 the National Multicultural Festival in February has celebrated Australia’s diversity and shared cultural heritage, and has fast become one of Australia’s biggest multicultural events and one of Canberra’s most popular annual festivals. The Canberra Balloon Spectacular in March is a nine-day event where over 50 colourful hot air balloons take to the skies over Canberra’s skyline. Easter brings the National Folk Festival to Canberra, with a mix of traditional and contemporary music along with food, drink and circus performances.

The Canberra International Music Festival takes place over 10 days from April to May. The festival plays host to both national and international musicians, with a program that features everything from jazz to classical to indigenous music. For fans of contemporary music there’s the Spilt Milk festival held every December in Canberra’s Commonwealth Park featuring a huge line up of Aussie and international acts. The Canberra Comedy Festival runs in March and features over 70 shows. In previous years the festival has seen performances from many of Australia’s funniest and most well-known stand-up comics such as The Doug Anthony Allstars, Jimeoin and Hannah Gadsby. Finally, the annual Canberra Nara Candle Festival held in October celebrates Canberra’s relationship with its Japanese sister city Nara. The festival features a spectacular display of lanterns and candles in the Canberra Nara Peace Garden as well as a vibrant program of Japanese cultural activities, delicious food and late-night market stalls.