As Australia’s largest state, taking up almost the entire western third of the country, Western Australia is an incredibly diverse part of the country. There’s an abundance of things to see and do here: from the Mediterranean climate and vibrant beaches of Perth and Fremantle, to the forests and caves of WA’s south-west, to the ancient landscapes and rock formations of the north-west Kimberley region. With such a large and diverse region, it’s no surprise to discover that there are plenty of exciting events to see in this unique part of Australia. Here are some festivals in WA that every visitor should experience. 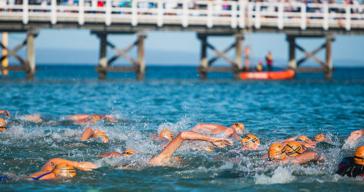 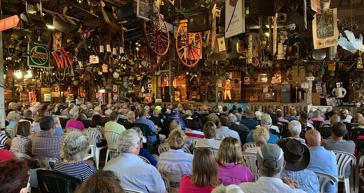 Boyup Brook Country Music Festival is an iconic, fun, family-friendly country music celebration and camping fest over four days. The festival is full of entertainment with various concerts held by the music stars; there are plenty of food stalls with local fare and other cuisines, children's activities, and a street carnival. One of the highlight events is the country music awards which recognise different artists in various categories. There is also arts awards, a Sunday morning bush poets' breakfast where poets share their artistry with the crowds and street markets with all kinds of arts and crafts items. The country music artists featured at festival favourites and new and upcoming artists, and the concerts take place in the background of the beautiful Australian bushland. Music Park, where Boyup Brook Country Music Festival takes place, is on the banks of the picturesque Blackwood River. 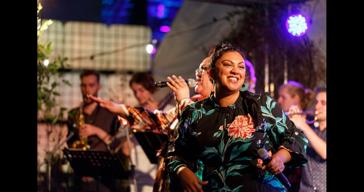 Perth International Arts Festival is a festival founded and run by The University of Western Australia. It is a premier cultural event that celebrates the artistic experiences and culture of the people of Western Australia. Various artists share these experiences through music, song, dance, storytelling, conversations, and comedy. The event is well-loved by locals, and crowds flock to the various venues with different events. Some of the venues are Kings Park, University of Western Australia, Festival Gardens, and many others. Some of the events include music concerts headlined by famous international and local artists, Perth Writers Festival, a crowd puller, and the Lotterywest Film Festival. The other events are art displays of various art forms by local artists, films, acrobatic, gymnastic, and dance performances. The longest-running festival in the western part of Australia draws locals and people from all over Australia. 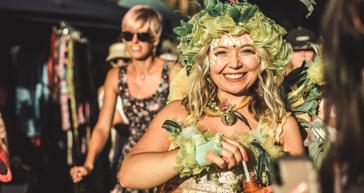 The Nannup Music Festival is an art and music festival in Nannup along the Blackwood River. The music fiesta is family-friendly, with plenty of activities such as street shows, children's games, workshops, talks, and discussions over the three days the event takes place. There is a wide variety of market stalls with local produce and art and craft souvenir items. Food stalls are in plenty with great-tasting fresh local produce and other regional and international cuisines and lots of drinks. The campgrounds on the golf course are spacious and close to the music festival held in the caravan park. Dogs and pets are allowed, and the facilities in Nannup town will cater comfortably to everyone. There are music stars from all over Australia and some international performers who grace and perform at the event. 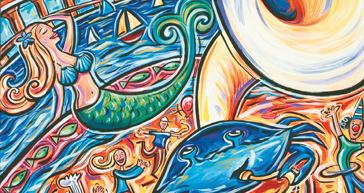 The annual Channel Seven Mandurah Crab Fest is a free event for two days in Mandurah, which celebrates the local crab, which is a delicious dish. The community event attracts plenty of visitors, and it is a festival that includes the celebration of the local culture, and many activities take place. These include fresh food, food vans with different foods, live music, children's activities and entertainment, and aquatic entertainment. There are also performances from various artists of other art forms, cooking demonstrations and cooking competitions, and masterclasses hosted. There are also market stalls that have a variety of local crafts and wine tasting that accompanies the crab tasting and meals on offer. The event is a family-friendly fiesta, but pets are not allowed. The gourmet food events are a highlight for the various visitors. 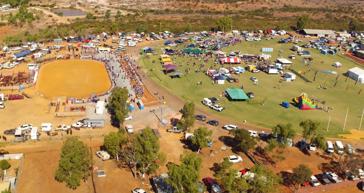 The Mullewa Muster and Rodeo is a fun-filled festival during the Western Australia day long weekend. The family-friendly event includes activities such as a grand country music concert, the Beaut Ute Competition, Australian Bushmen's Campdraft, roving entertainment, and live music throughout the rodeo. Some stalls sell western clothing for attendees to ensure that they are dressed to fit the cowboy vibe of the festival. The rodeo opens with an opening concert before the competitions begin in earnest. Some of these are Whip Cracking Competition and the Full Points Prize Money Rodeo. Some workshops take place, such as circus-based workshops, leathercraft workshops, and many others. There is lots of food available from a variety of food stalls and drinks. The event is pet-free, and dogs are not allowed. There is no glass allowed on the camping and rodeo grounds, no drones, and you cannot bring your alcohol.

The Perth Festival runs from February through March and is the oldest arts festival in Australia, running annually since 1953. This multi-arts festival features a range of theatrical events, musical performances, international films and more. Prior to the Perth festival, Fringe World offers an eclectic and fun mix of music, comedy, circus acts and more. In April the streets of Fremantle come alive with a host of weird, wacky and exhilarating street performances during the annual Fremantle International Street Arts Festival. The Kings Park Festival in September showcases over 25000 plants in full bloom in Perth’s Kings Park and Botanic Garden as well as a program of guided walks and presentations. In the same month, the Perth Royal Show is one of Perth’s premier and longest running events, featuring a wide range of attractions, performances and entertainment for the whole family.

Heading down to Western Australia’s south west, the Festival of Busselton is an annual summer event that runs throughout January, entertaining both locals and visitors with a program of free family-friendly events and activities. For fans of surfing there’s the Boost Mobile Margaret River Pro in May, where pro-surfers from around the world compete as part of the greater international World Championship Tour. For music fans the south-west hosts a number of popular music festivals including Blues in Bridgetown in November and the Nannup Music festival in March.

Further into the regions of Western Australia, and the annual Saint Barbara’s Festival in December celebrates the community and mining history of Kalgoorlie-Boulder with a program of free events culminating in a spectacular parade. Heading north-west to Broome, the unofficial capital of the Kimberley region, you can experience the sights and sounds of the annual Shinju Matsuri festival in August. Shinju Matsuri, Japanese for Festival of the Pearl, celebrates the multicultural heritage of Broome’s pearl industry with a showcase of food, performances and fireworks. In August Port Hedland plays host to the annual North West Festival, the Pilbara’s premier music festival featuring the cream of Australia’s musical talent. Finally, no visit to the north-west is complete without experiencing Broome’s Staircase to the Moon event. This natural phenomenon, where the moon rises over the tidal flats of Roebuck Bay, occurs several times between March and October and is accompanied by night markets at Town Beach featuring a host of international food and live entertainment events.